"It’s harder than you think, playing at the Crucible."

Ben Woollaston has mixed feelings about his World Championship debut - but he is already targeting success next season.

"I hope the World Championship stays in Sheffield, it's every player's dream to play at the Crucible."

Ben Woollaston gives us the Crucible lowdown in our special World Championship Q&A.

"I will make the most of walking out into that famous arena for the first time." 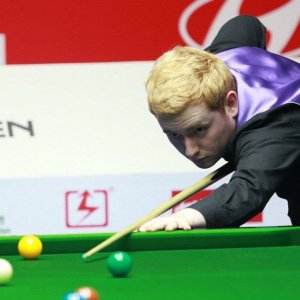 What make of cue do you use? A Stamford cue, the same as Mark Selby and Ding Junhui
How many 147 breaks have you made, in competition or practice? Never in competition, but 14 in practice
Who is the best player you’ve ever played? Mark Selby. I’ve never played against him in a tournament, but I practise with him a lot. He’s the hardest player to beat, has the best all-round game and his temperament is fantastic. He’s like a young John Higgins
Who is the greatest player ever to pick up a snooker cue? On record, I’d have to say Stephen Hendry. But the best player I’ve ever seen is John Higgins
What is your favourite tournament venue? I haven’t been to many! But from a spectator’s point of view, the Crucible and Wembley, before the Masters moved to the Ally Pally
Best moment in snooker? Winning the PTC event for my first title as a professional
Worst moment in snooker? Probably losing to Ding Junhui in the 2012 China Open. I was 4-0 up but he came back to beat me 5-4. But I also lost 10-9 to Darren Morgan in the World Championship qualifiers in 2005 to stay on the main tour – that felt pretty bad too
What is your strongest trait as a player? My long potting
What is your walk-on music, and why? I’ve only been able to do it once! It was for the PTC Finals in Ireland, so I chose Beautiful Day by U2. I might have to have another look at that in the future
Greatest match you’ve ever been involved in, win or lose? Beating Graeme Dott to win the PTC final

Three things you like? 1) Belarus, because that’s where I met my wife Tatiana 2) Football 3) Golf
Three things you hate? 1) Eggs. I can’t stand the white bit, it’s my No.1 worst thing. I can eat anything, just not that 2) Wasps 3) Man Utd – I’m a Chelsea fan
Three things you want? 1)To get into the top 16 2) To win a ranking tournament 3) To start a family
Three things you regret? 1) I try not to regret anything. Sometimes I regret something I did in a match, but then it’s quickly gone
Three things that need doing at home? 1) Decorating 2) I need to cook more. Tatiana does most of the cooking, I chip in probably once a week 3) A new tip on my cue. I’ve had the same one all season, which is quite unusual, but I was playing well with it and got superstitious so didn’t want to change it. It’s now so small it needs changing