It hurts not being involved in the World Open

"It’s hard not to be hard on yourself when you don’t qualify, but I just try to keep on working hard to improve."

Liam Highfield is confident that his time will come if he keeps putting in the hours on the practice table.

Snooker could learn a thing or two from boxing

"I’m not suggesting snooker players to start squaring up to each other in their underpants, but I can’t see what harm a few tongue-in-cheek, controversial comments could do."

Liam Highfield says there a few tips snooker could pick up from boxing to help make it a bigger sport. 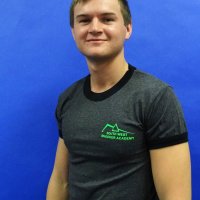 "I think you’ve got to get some meat in your diet."

Liam Highfield on the diets of snooker players, from Ebdon's vegan raw food only to younger players junk food. 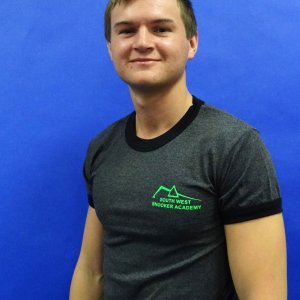 TEN QUESTIONS
What make of cue do you use? John Parris
How many 147 breaks have you made, in competition or practice? One in competition, and about 12 in practice
Who is the best player you’ve ever played? Ronnie O’Sullivan. I played him in a PTC event in Gloucester in 2011 and lost 4-3. I had half a chance in the decider but then he made a decent break to win it
Who is the greatest player ever to pick up a snooker cue? Ronnie O’Sullivan. He plays all aspects of the game to a higher level than anyone else, even though he hasn’t won as much as, say, Stephen Hendry
What is your favourite tournament venue? The South West Snooker Academy in Gloucester. The arena there really makes it. And I used to love going to the old Wembley Conference Centre to watch the Masters
Best moment in snooker? Turning pro. I started playing at eight, hit my first century at 11 and knew then that I wanted to dedicate my life to being a snooker professional
Worst moment in snooker? Thinking that I was going to fall off the main tour at the end of this season. I was relying on Adam Duffey to beat Adrian Gunnell in the match World Championship qualifiers, and Adam won. He’s definitely on my Christmas card list now!
What is your strongest trait as a player? My long potting, and being an attacking player in general
What is your walk-on music, and why? It would be The World’s Greatest by R Kelly, because that’s what I’m striving to be in my career
Greatest match you’ve ever been involved in, win or lose? I played Anthony Hamilton in the World Open and there were eight breaks over 60, and I lost 5-4. That, or any of the many matches I’ve played against Jack Lisowski

THREE THINGS
Three things you like? 1) Running 2) Eating out 3) Twitter, because it’s a great way to interact with people and for them to get to know you more as a snooker player
Three things you hate? 1) Untidiness 2) Rain 3) Creatures, like spiders
Three things you want? 1) My own house 2) Children 3) Success
Three things you regret? I don’t regret anything. I believe that anything negative has helped make me what I am today
Three things that need doing at home? Ask my mum!