The current snooker season has been a real breath of fresh air, and the changes implemented by Barry Hearn are really beginning to pay dividends and breathe new life into the sport. This season will culminate with the 2015 World Championship, which gets under way at Sheffield Crucible Theatre on Saturday, 18th April. Part of the snooker triple crown, the World Championship is definitely the most prestigious title in all of snooker, and serves up a number of dramatic and entertaining matches year after year. Having begun life in 1927, the World Championship was dominated by legend of the game Joe Davis, the Englishman winning fifteen successive title from the tournament’s inception through until 1946. Multiple champions are now commonplace, but with the game now a lot more competitive, no player has managed to come close to Davis’ exploits during the modern era of snooker. Joe’s brother Fred captured eight title during the 40’s and 50’s, while Scotland’s Stephen Hendry was dominant during the 1990’s, securing a total of seven World Championship titles. Ronnie O’Sullivan will be looking to take his tally of championships to seven this year, and last season’s beaten finalist is the 7/4 favourite with bookmaker Betfair to go one place better this time around.

Arguably the most natural talent ever to grace the sport, Ronnie O’Sullivan has been on the professional circuit for over two decades now. While the Rocket has suffered his fair share of ups and downs both personally and professionally, he’s playing some of the best snooker of his career over the past few seasons. O’Sullivan has worked closely with renowned sports psychiatrist Steve Peters to try and eliminate the demons which has threatened to end his career on numerous occasions, and this hard work certainly appears to be paying off. While he appears less interested in the smaller events that are played all over the world during the course of the season, Ronnie gets himself up for the big ranking tournaments, and has been dominant thus far during the 2014/15 campaign. The Rocket made a successful defence of his Champion of Champions crown, defeating Judd Trump in an exciting final, before achieving exactly the same feat in the final of the recent UK Championship. Judd Trump did take Ronnie to a deciding frame, but the current world number 3 was able to hold his nerve and secure a fifth UK Championship crown. It is not hard to see why Betfair make Ronnie O’Sullivan their short price favourite for this year’s World Championship, and it will be a real surprise if he does not make the latter stages of the tournament at worst.

Those snooker punters looking for Credible alternatives to Ronnie O’Sullivan could do worse than look at Judd Trump at 7/1, defending champions Mark Selby, also at 7/1, and 8/1 chance Neil Robertson. All three players have proven form at the very highest level under extreme pressure, and are all capable of beating the Rocket when at their best. Selby proved that it can be done in last year’s World Champions final, and he could be a shrewd bet to make a successful defence at odds of 7/1 at betfair.com.

Have you read Living Cricket and Living Rugby? Read them now. 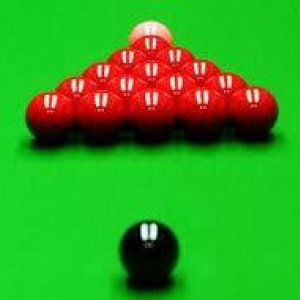 Read more about The Editor's Blog