Doing My Bit To Help Keep Scottish Snooker On The Map

Scotland has produced a long line of fantastic players over the years. I can’t put my finger on exactly why that is, but for a small country we have certainly excelled.

You only have to mention Stephen Hendry (seven world titles) and John Higgins (four world titles) and you have two legends of the game. Throw in Graeme Dott (world champion), Stephen Maguire (UK champion) and Alan McManus (Masters champion), and you can see that us young Scottish players have some big shoes to fill.

My earliest snooker memory is when I was seven, watching Higgins win the 1998 world title on TV. I played a bit of pool on holiday that year and then, like a lot of kids, had my own table. I fell in love with the game and played every day after school and all weekend. Right from an early age I knew I wanted to be a pro.

Two years later I was practising in a club in Glasgow. I was doing a routine, lining up the balls and such, and hit a break of 91. I could see Higgins over on another table, and I noticed that he kept glancing over at me. I was just messing about but I remember thinking ‘Oh my God, there’s John Higgins watching me’. Funny how you remember the silly things!

My main practice partners are Marcus Campbell, who is a very good player, and McManus, but I’ve also played with John and Hendry, and also meet up with Maguire for the odd session. I first practiced with Hendry when I was 14 or 15 – he’s a phenomenal player, of course, but he’s very quiet and laid-back as a person. You see players on TV and maybe put them on a pedestal, but they’re just like you and me.

It’s brilliant to practise with the likes of those players, and it’s going to be very difficult to match their achievements. Scotland is looking for its next big player and, although a couple of younger Scots, Michael Leslie and Scott Donaldson, have just turned pro, I’m the youngest ranked in the top 64.

So maybe Scotland ise looking at me to be the next champion, but that doesn’t put any pressure on me. I want to do well for Scotland, but I also want to do well for myself. If I keep practising hard, and playing against players who are better than me, then you never know.

I’ve had unbelievable support from my parents. They saw the potential in me and, fortunately, we’re lucky to have a big garden so they got me my own full-size table at home. It cuts out commuting to Glasgow every day and, for me, it’s important to practice on my own. I know a lot of players don’t like it, but I find it helps to concentrate on certain aspects, such as long potting or safety play, although you do need to balance it out and pit yourself against players down at the club.

I’ve not had the best of starts to the season. I lost 5-4 to David Gilbert in the Wuxi Classic, after being 4-0 down, and then, in the Australian Open, beat Dechewat Poomjaeng 5-3 before losing 5-0 to Marcus Campbell. I’ve got a few weeks until the next PTC and I know what I have to do to fix things. If you put in the work, you get the rewards. 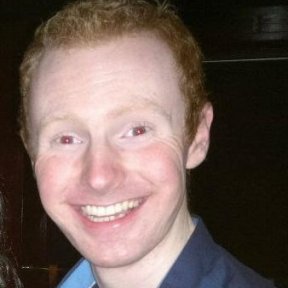