I hope I left you in suspense after my last blog? Well, maybe not. I might leave that to the TV shows in future!

As I was saying, I had a bit of nightmare in Haikou but, on the whole, my snooker had been pretty consistent since the UK Championship in November.

Even so, it was out of my hands as to whether I’d get through to the PCT Grand Finals in Preston. Quite a few players could have actually got me in. Gary Wilson, Mark Davis and Stuart Bingham were among those who, depending on results in the Asian Tour event in China, could have squeezed me in to the PCT. 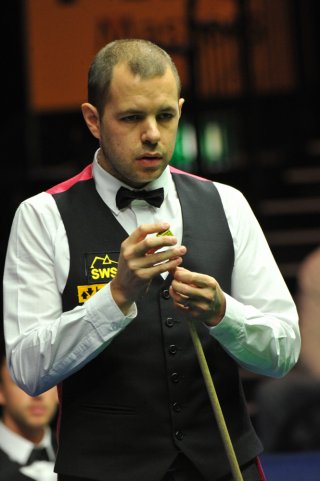 As it happened, Stuart played really well and won in China. I think even him getting to the final had guaranteed me entry in Preston.

I had some good form in tournaments in the UK and I knew I was queuing pretty well beforehand but it was a really tough draw – I had Stephen Maguire in the first round – so I knew I had to be on it from the start.

I was delighted to have got through that, so it gave me a bit of momentum going forward.When you do well in tournaments, like all sports I suppose, you can always look back and pinpoint a match or turn of events which were key. In Preston, it was the Ryan Day match for me.

From the very start, it was always going to be a difficult match as we didn’t actually start until 10.30pm. Neither of us were happy and it was a bit of poor scheduling from World Snooker in my opinion.

Anyway, we finally got on and it was a really gruelling match. There were a lot of mistakes from both of us and, at one point, I just wanted it to be over.

There were a lot of times in the match you can point to as ‘the one’ which decided it, but I distinctly remember a brown Ryan missed off the spot. It sticks in my mind as a bit of a turning point.

I really dug deep in that match to go through. When you’re involved in those sort of matches you can’t give up, you just have to keep going and think although you’re not playing your best, tomorrow’s another day and if you can still be in the tournament, you’re giving yourself a shot.

But I must say, it was 12.50am when the match finished and it was just pure relief to get it over with.

Going into the final against Gerard Greene, I was really nervous. More than usual I’d say. Not just because it was a massive prize on offer but because Gerry and me practice on tables next to each other at the club and we know each other’s games inside out.

There was definitely a competitive edge. We were pleased for each other to have got that far, but neither of us wanted to lose.

It was Gerry’s first final, so I thought it was important I got off to a good start, which I did. There was a moment when Gerry could have got it back to 2-1 but he missed a chance and I went 3-0 up and knew I was virtually there.

I was so delighted, it was a bit of a surreal feeling winning such a big prize but I was really chuffed.

It’s my second ranking event and it shows I wasn’t a one-hit wonder in Australia. Especially with me having reached the World Championship final, I think it was important I kicked on and won something of note.

Australia will always stay in my mind as it was my first ranking event win, so it will always be special, but I think the win in Preston edges ahead if, for nothing else, the strength of the field. I beat Maguire, Day, Trump – some good players to get to the final.

It’s on to Sheffield and the World Championships next, and I play my first-round match against David Gilbert.

Last year I rented a flat just outside the city and enjoyed it more than being cooped up in a hotel room, so this year I’ve rented a little cottage four miles out of the city centre.

I’ve booked it for a week, so we’ll see how I go! My first match is at 2.30pm on the Tuesday and it finishes on the Wednesday.

Fingers crossed, if I get through that I’m on again on the Friday, so it’s nice not to be waiting round too long.

I’ll go up on the Monday before the first match. I’ll have a little knock in the evening, relax and have a bit of food and an early night. There’s only so much you can do, or want to do.

There might be a bit more expectation on me after reaching the final last year but I don’t really concentrate on that to be honest.

It’s the old cliche of just concentrating on each match as it comes. There are so many good players and the standard is so high now, you can’t afford not to do that.

I had some time off after the PCT but picked up the cue again last week. It’s worked out well in terms of some rest and I think I’ve timed it perfectly going into the Worlds.

That’s not to say it will all come off, of course! But you have to give yourself the best possible chance and I think I’ve done that.

I’m feeling confident, on top of my game and raring to go. I’ll try to keep you all posted like last year if I manage to get through my first round match.

One thing’s for sure, I really enjoyed the experience last year and will be giving my all, as always. 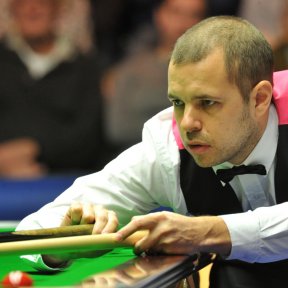